Letting Go of the Nuts 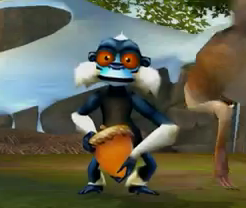 I’m listening to a podcast series on a topic entirely unrelated to the general subject matter of this blog.  Or at least, it should be unrelated.  But like so many lessons I’ve learned in life, the application has a wide net:

In order to bring your dreams to fruition, you must first clean the slate

Anyone who has ever had a bit of sober time before relapsing can appreciate the real estate that regret takes up in the brain.  I remember once having garnered a small amount of sober time, then relapsing on and off for a few months.  During my sober time, I became friendly with another member of my 12-step program, but since relapsing had lost track of her.  I was running errands one day when I saw her across the parking lot.  I virtually dove behind a car to avoid her and having to either lie or admit the awful truth.  While I managed to dodge the person and the inevitable dilemma, I did not dodge the mental torment:

“If you had done what you were supposed to do, you would have 6 months of sobriety”

“Look how happy she looks, you could look and feel like that if you would just do what you’re supposed to do”

“You’re worthless and you’ll never get your act together”

That negative spiral relates to more than sobriety.  Without going into repetitive details, because I have used up my time on this blog talking about diet and exercise, I can easily see the regret over attempts and failures to lose weight morph into feelings of frustration, which morphs into feelings of hopelessness, and the end result is simply a relapse of a different sort.

Interpersonal situations follow this cycle all the time.  I am frustrated with the behavior of another, I know the answer is to constructively communicate the frustration, but I project the answers I will receive, which leads to further frustration, which leads to hopeless and the decision not to communicate because, “why bother?”  The issue never gets addressed, and thus will recur time and again.

So if living in regret is not the answer, then how exactly does one “clean the slate?”  Even though I know that it does no good to wallow in the mistakes of the past, why do I continue to do so and how do I make it stop?

I think the answer here is two-fold.  The first is to become aware of the thoughts in the first place.  This is an area where I’m just beginning to make some progress.  Often I will be deep into self-recrimination before I even realize what I’m doing.  So developing an awareness of the thoughts that I’m having, how often I’m having them, is a crucial first step.

Next I have been told by multiple very wise people:  Shut It Down.  As soon as I know what I’m doing, stop allowing myself to indulge in these negative thoughts.   Talk back, yell back, get up and move around, go help somebody else, but cut the thought process off immediately.  Though I have no proof, I am told by repeating this two-step process I will decrease both the frequency and the intensity of the negative thoughts.

Here’s where this whole lesson comes full-circle.  Regular readers might remember from my last post a woman worried that she needs her painful memories in order not to relapse.  If she forgives herself for the pain she caused others, might she then forget how devastating picking up a drink would be?

The title of this post represents a saying that’s been used by the women in my extended family for years.  My basic understanding, because of the context in which it’s been said to me, is to stop holding on to anger and resentments.  Like a lot of family traditions, I never thought too deeply about the saying itself.  Possibly because when it’s being said to me I am full of anger and resentment, and thus don’t give a crap about its origins.

But as I was typing this post, it popped into my head.  Curious, I googled the expression, and up popped a whole bunch of links that had to do with catching spider monkeys.  Since I always assumed this whole expression had to do with squirrels, I was already delighted.

As the story goes (and believe me, it is only a story, I did not come across any actual proof of its validity), a very simple device is used to catch spider monkeys.  Place a nut that spider monkeys like to eat in a heavy, narrow-necked bottle and leave it nearby.  The spider monkey will smell the nut, and reach in to grab it.  Because the neck of the bottle is narrow, he will not be able to remove the nut because his clenched fist will not fit.  Because the bottle is heavy, he will not be able to take it with him.  As the story goes, it is then a simple matter of walking up to the monkey and grabbing him, because his desire to have that nut will override his desire for freedom.

So if I know that self-negativity is damaging to the psyche and inconsistent with a peaceful sober existence, but I continue to hold on to the regrets, and the shame, then I am a spider monkey just waiting to be captured.   Which just made me laugh out loud, so if nothing else, I’ve amused myself with this analogy!

I guess it’s time to let go of some nuts.

Waking up after a night where everyone in the house slept all the way through, the gift that will keep on giving all day long!

As hard as I try, I do not feel like I can ever really convey the camaraderie, the empathy, the shared pain and shared joy that comes out of the simple 60 minute gathering of individuals every Monday morning.  But, of course, I will continue to try…

Today’s meeting focused on the tenth step in our 12-step program:

In practical terms, this step asks you to look at your thoughts and behaviors on a regular basis, and correct as needed.  The most common application of this step occurs at bedtime, looking back at the day and seeing what went well, what went wrong, and what needs to be fixed.  Certainly, though, self-examination can occur at any point in a day, as many times a day as needed.  In times of emotional distress, a quick “spot check” can often be the perfect remedy.

A newer way of looking at step 10 has presented itself to me through a series of events:  the idea of starting in the present and moving forward, rather than feeling like every past situation needs to be resolved before I can find peace.  This is a concept that intrigues and excites me:  imagine if you could just take a relationship that you value but is fractured or filled with resentments, and simply start fresh at this very moment with a clean slate?  All past resentments and issues are wiped clean, and you have nowhere to go but forward?  For an Irish Catholic grudge holder like myself this is a novel concept, and one that will take much effort to put into practice, but the various God moments that have happened for me surrounding it make is a worthwhile project, and I will let you know how it goes for me.

From here the meeting took a number of personal turns:  a woman with a year of sobriety shared her story for the first time at a meeting.  She expected to feel empowered by this; instead she felt insecure and wobbly, and found her thoughts turn to alcohol.  She was so distressed by this thought process, she needed to share it with people who understood, and therefore came to the meeting today to “tell on herself.”  Happily, she was with a group who understands, and had a line of people waiting to speak with her at the meeting’s end.

Another woman, this one with decades of sobriety, has a speaking engagement of her own upcoming, and even after all these years, sharing her story, and public speaking, remains the most terrifying aspect of our 12-step program.  No matter how far along she has come, that negative self-talk rears its ugly head when it comes time to share her experience, strength and hope, and that negative self-talk tells her she has nothing of value to say.  The good news is that she knows what to do with these feelings, and that is to come to a meeting and share them with us, and in shining the spotlight, the dark thoughts are forced into the light and exposed for the fraudulence they are.

From these two stories all the following attendees piggy backed, and talked of the various insecurities they have that relate, and how talking about them helps to dispel the power those insecurities hold.

A few seasoned veterans brought it back to talk of the personal inventory, and reminded all of us to focus not only on what we need to fix, but also on all that we have done right in a given day/week/month.  We are often too quick to look at our mistakes, but what about all the wonderful things we have improved upon in our recovery?

That being said, I will focus on all the great stuff I am able to share with you, rather than bemoan all that I may have missed.  Hope everyone is having a wonderful Monday!

I promised some pictures of my son’s birthday dinner, and then I got too busy serving and forgot to take any really good shots.  The first two show the set-up of the rooms before the crowds descended, and the last is one puny shot that fails to convey the delicious glory that was fried chicken!  Everyone left with a full belly, and my son had a fantastic birthday weekend!