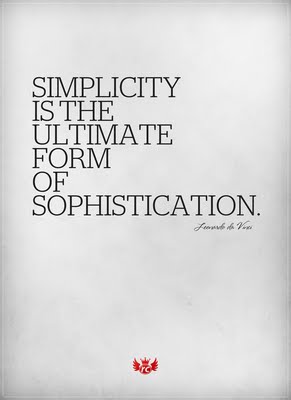 A quick sidebar before I dive into the Monday Meeting Miracles:  I have been elusive in the blogging world for the past two weeks; if you factor in my recent vacation, it’s been closer to a month.  Probably not overly alarming to anyone, but I know when one of the bloggers I follow regularly is absent, I wonder if all is well.  So in case anyone is wondering… all is well.  I have embarked upon an interesting… well, let’s call it an adventure for now, and I’m sorry to sound mysterious, but I will explain more later in the week, when I will be back up and running at normal blogging speed.

Okay, editorial comments aside, today’s meeting was interesting in a few ways.  First, as usual, the number of attendees surprised me.  I fully expected a small turnout, as quite a few regulars had plans that prevented them from attending.  And yet we had 12, several of them new (to my meeting anyway).  It’s always fun to have new perspectives, and I really enjoyed getting to know the newcomers.

Second:  it is the fourth meeting of the month, which, in my literature rotation, is Chairperson’s Choice.  As the sole chairperson, I am finding it more and more difficult to come up with new and interesting selections, but I came across a book in the club house where my meeting is held that I thought just might fit the bill.  For the sake of expediency, I will sum us the book as a format for taking a newcomer through the 12 steps of Alcoholics Anonymous, but done in a manner consistent with the way the original members of our Fellowship did it.  The book touts using the exact format as was done in 1946.  At the time, a newcomer was introduced to the 12 steps from his (or her) very first meeting, and it took him (or her) exactly 4 weeks to complete the 12 steps.  Anyone familiar with 12-step recovery in modern times knows this is a marked difference from that to which we are currently accustomed, and that is just the beginning of the interesting changes in the Fellowship.

I felt like I stepped a little out of my comfort zone on this selection, as I was unsure what the reception to it would be.  Overall, the response was positive, although the group conscience decided that each chapter needs to be broken down into two-week segments, so there is enough time for everyone to share.  I had one naysayer, but I will get to that story in a minute.  For me, learning about the history of anything is interesting, so I loved the educational aspect of the reading.  I also really enjoyed the streamlined approach our “Founding Fathers” took in presenting the 12 steps to newcomers.  There was no hemming and hawing back then, I can tell you that!  The only thing I found myself wondering, as I read how they introduced the program overall, and specifically, step one (which was what we read today):  if I were brand spanking new, sitting in my first meeting, would I be receptive to this?  The honest answer is probably not, I would have thought these people extremist, and I would have been overwhelmed.  The writers of this format countered my internal argument, and suggest that whether or not you truly believe you are an alcoholic, it might be better to be inside the fellowship of Alcoholics Anonymous by mistake, than outside the fellowship, drinking and dying by mistake.  Excellent rebuttal to what I might have argued, had I been born 30 years earlier!

So I’m in for continuing with this series, but time ran out before I could take an official vote.  Final interesting component of the meeting:  I had to step out of my comfort zone with an aspect of the meeting other than the literature selection.  A little back story:  a woman who I have recently met has come to my meeting for the past two weeks.  Today, when I asked for people new to the meeting to raise their hand, she raised hers.  I tried to explain this section is for those who have never been to this particular meeting before, she insists she had not.  Curious, because she was actually there before me the week before, and had saved me the effort of making the coffee.  Okay, strange, but stranger things have happened.

We are about 25 minutes into the meeting, each person reading a chapter or two, and this same woman suddenly raises her hand and says she needs to ask a question.  I motion for her to go ahead, and she says, “I think we need to have a break at this point.”  May I respectfully point out that this is, in fact, a statement, and not a question!  For those of you unfamiliar with a 12-step meeting, this is unusual behavior, and she recently made the announcement that she has celebrated one year sober, so I can’t cite inexperience as the reason for her breach of etiquette.  We normally take a break when we finish the literature selection, but, uncertain of what to do, I acquiesce, and we break in the middle of the reading.  Again, not really the end of the world.

We come back from break, finish the reading, and begin the portion where we share our thoughts with one another.  Time is short (the selection was a long one), so I speak of the need to abbreviate “shares” so that everyone has an opportunity to speak.  This woman is the second to share.  She starts off innocently enough, but within 60 seconds begins to share her beliefs, all of which are chock full of wildly incorrect statistics, blatantly false information, and generally anti-12-step rhetoric.  Very, very puzzling behavior, and, while I’m sure she is not the first nor will she be the last to speak against the 12-step program, I felt in a quandary about my role in putting the brakes on it.  As she was launching into her beliefs that all alcoholics should be treated psychiatrically and medicated, I decided I had to put a stop to it.  So as gently as I could, I interrupted and explained that since we were so short on time could she please abbreviate her share so that others may have an opportunity to do so.  This kind of confrontation (or any kind of confrontation, for that matter), is not in my wheelhouse, and I was very, very uncomfortable.  She did wrap it up, and there was no further incident, but it will be curious to see if she returns next week.  I am still worrying that I offended her; at the same time, I need to take my chairperson responsibility seriously.  Right or wrong, it was certainly a learning opportunity for me.  Any readers who are also 12-step meeting attendees, I would love to hear if you have similar stories!

Whew, that’s a lot of info for one post!  I will let everyone know how the group decides in terms of continuing with this format, and I look forward to catching up with all my blogging friends later in the week!

Stepping out of my comfort zone, I guess, and speaking up, counts as a miracle… at least it does for this timid mouse!